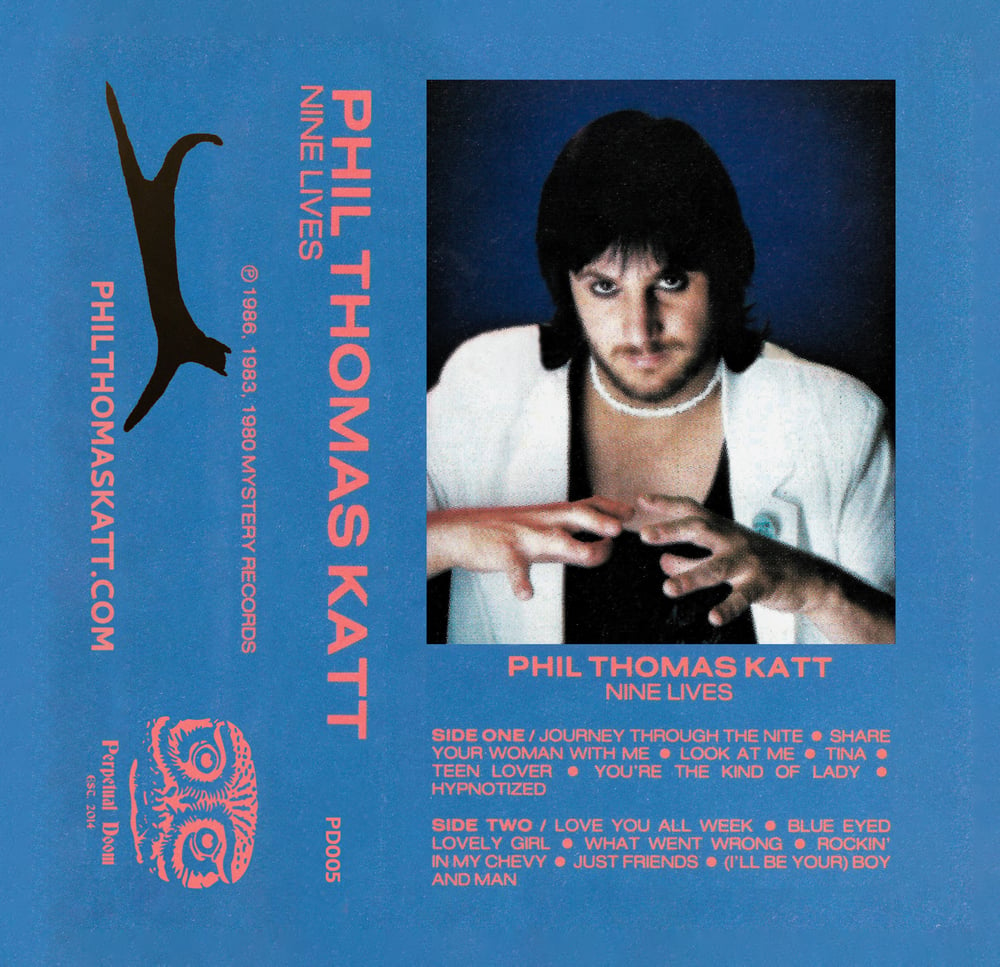 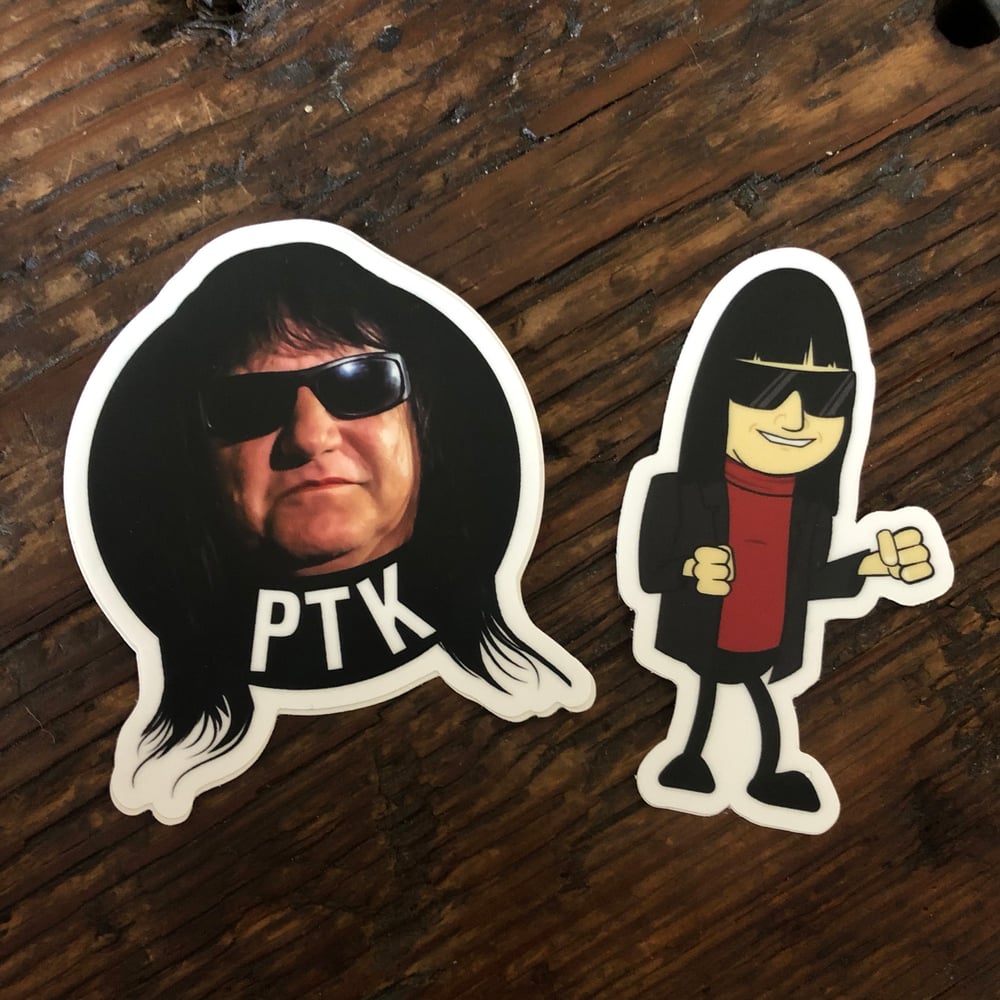 This cassette contains 13 classic tracks from the debut album 'Nine Lives' by the "eccentric" Phil Thomas Katt. In 1986, Phil developed a cult following in Pensacola, Florida after faking his death as a publicity stunt for this self-released album. After things were cleared up with the police, the cassettes began being passed around among fans of the underground music scene. That year you could easily hear "Share Your Woman With Me" or "Tina" playing from car stereos outside of roller rinks or from boomboxes on the Gulf Shore. If you knew of PTK then you were in the know.

Perpetual Doom is pleased to bring you these original songs of teenage innocence and excessive sexual innuendo. We guarantee you're going to wear this tape out. As Phil would say, "it's cool."

"Look At Me" Video Here: Watch